When your cat is limping – what can you do? 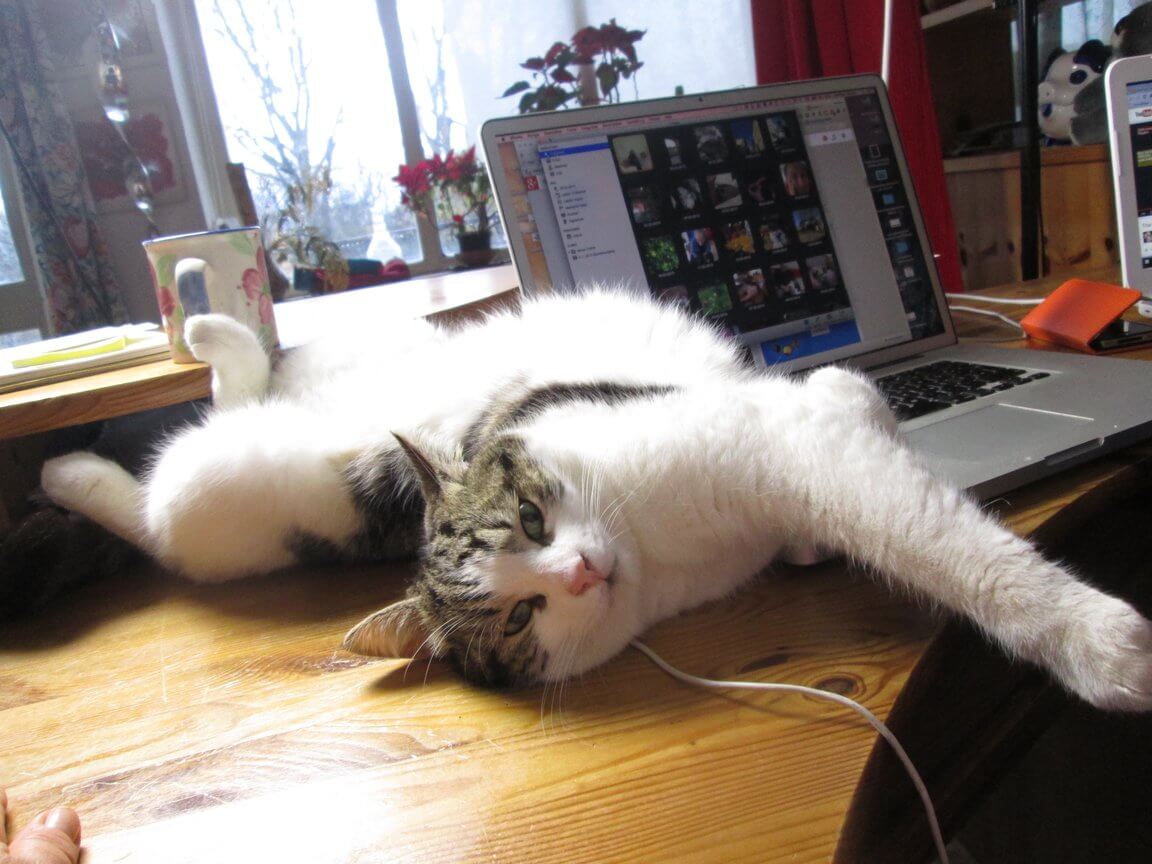 When your cat comes home and is limping, how would you react? Are you preoccupied and will you run to the vet immediately? In most cases this might not be necessary and when you have some experience with cats who live outside, then you know that, sometimes, they climb up trees and then have a hard time getting down again. When they finally jump they might sprain a leg. Normally the cat gets better within a few days, everything is ok again.

But what when you wait, three days or four, and instead of getting better it seems to be getting worse? You better go to the vet and have the cat checked. That’s exactly what I did with Sunny two weeks ago.

The Story of Sunny 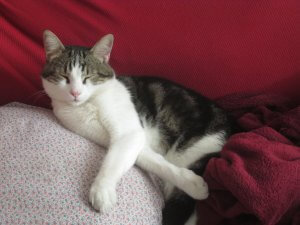 Sunny, the young and vigorous prince came home one evening, slightly limping. I didn’t care much, I smiled while thinking that he probably has had a quarrel with some competitor, no big deal. But the next day he seriously limped and lingered in the house, while normally he can’t wait to rush out into his cat-freedom. As we humans know from our own experience, a sprained ankle hurts for a while but gets better soon. So I didn’t worry. It was Thursday, and I would wait until Monday before taking him to the vet.

Over the weekend things seemed to get worse. I tried to touch his thigh, he squeaked and I immediately stopped my investigations. From outside there was nothing remarkable, no wound or insect bite, but Sunny definitely was hurting. You can see in a cat’s eyes when they are in pain, and also in the changed behavior. The mood is down, the energy low, but as long as they still eat, the problem is not super serious. Nonetheless, I decided to give him injections with a painkiller and for half days at a time he was more alive and energetic, but still not the “old” Sunny.

Finally, on Monday we had an appointment at the vet. Dr. Elisabetta Scorzoni, my favorite vet for more than 20 years, examined him (watch the video ) and immediately took an x-ray. Fortunately, nothing was broken, but the pain was obvious and she found a lymph node near his knee which was quite enlarged. Immediately I went into panic mode: what if he has cancer? Isn’t it then that the lymph nodes are enlarged and need to be taken out?

But no, Elisabetta said. There is only one single node engrossed and probably all was caused by a trauma – like jumping down from too high and landing badly on the ground – and probably it got inflamed. She gave him some shots of anti-inflammatory and antibiotics – I know, homeopathic medicine would be better, but I wonder if you can imagine how difficult it is to administer medicines to animals on a regular basis over a prolonged period. (read about “Fat Black” and the difficulties we went through HERE).

Healed? – The challenge goes on. 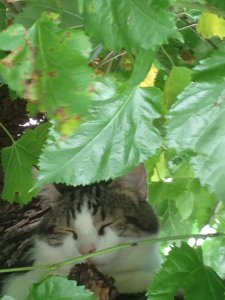 Sunny in the mulberry tree

The next day Sunny walked fine and his mood was like normal. The medicine did its work properly. But what happens to young and adventurous guys? They continue as if nothing had happened. And the result? That very evening Sunny limped again. How could you tell a cat to not jump up and down for a few days, at least?

So the 5 days of planned daily shots had to become 10 and one was more difficult than the other. The first three or four days I caught Sunny by surprise while I offered him some special food, and before he realized it fully I had done the injection. But he became more alert and suspicious, every day. One day, I had the needle already in the skin, he protested violently and I placed the shot while he was biting my hand. Two little blood spots and an itchy reminder for a day or two, as the price for the help I was giving him and which he understood as violence. Well, how would you be able to tell him otherwise?

How we managed the drug challenge

Then my husband Mark held the cat while I was doing the shot. I am not really skilled in doing it and so it might take longer that necessary, but that’s what it is. Slowly, Sunny got better and the limping stopped completely around the 7th or 8th day. His last antibiotics shot reminded me how little I know about all that. I have no idea what I touched, maybe it was too near to the neck and I hit something which I shouldn’t have hit. When I pressed in the tiny amount of liquid he screamed aloud and hid away, crouching on the floor, contracted and immobile. I was so sorry for unwillingly having hurt him and my mind ran into worst case scenarios. He sneaked out after a while and, fortunately, he came back at night and was completely normal, thank God! 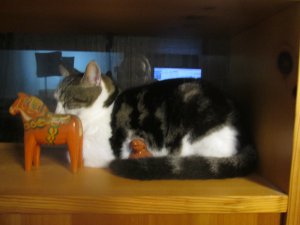 Sunny on the Shelf

Sunny still gets some anti-inflammatory drops mixed in super good food, so no problems with that. But I think I can stop that now, too. He has come back to normal. And yesterday he gave us a demonstration on how all that could have happened. Our dog Lucky ran after Sunny and he shot up the tree. Ah, no! Not again! Mark and I had a hard time to reach up, but we succeeded in getting him down without him jumping on the wrong foot again.

We love our animals and we wish they could tell us their stories, but they don’t. Hurrah that often we succeed in finding out what is going on and in being able to help them heal!

3 comments on “When your cat is limping – what can you do?”