The singing cats delight the world

THE SINGING AND DANCING CATS

Singing cats? Sure! Don’t you remember the huge success of the musical “CATS” where such a huge bunch of them were singing and dancing, fighting and loving just like humans. These creatures truly delight the world – even so many years after the first presentation in the West End Theatre in London 1981 and then on Broadway from 1982 on. 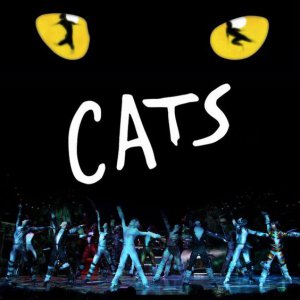 in the US or in the UK, Germany, Austria, Hungary, Australia and many other places – or you just watched some excerpts in TV or read about it in newspapers. The good news is that in 2014 the musical was revived in London and a film will come out in the next year or so.

But the even better news is: You don’t have to wait so long – we have YouTube! You find several performances, even school performances – as this subject and the music is so exciting and a treat for ongoing professionals and amateurs to recite.

I found a wonderful version and I will share it with you below.

But first I want to talk a little about the cats, the characters in the musical.

In the first intro, everyone with a major role is introduced. Each have fancy names like Skimbleshanks Jellylorum, Jennyanydots, Munkustrap and Grizelda, who sings the famous song MIDNIGHT. Useless to go into the story – and I think it doesn’t really matter what exactly is going on. What matters is the beauty of the scene, the bravery of the actors – who are at the same time singers and dancers, and the wonderful matching of cat behavior and human behavior.

Definitely, this is the story of humans played by beautifully costumed cats: humans. Their outfits are incredible. They are full of phantasy and give a specific character to the cat they represent – and when you see the actor crawl on the floor – they ARE CATS. Not to mention about the wonderful makeup and the wigs.

Cats – the staff of the original performance

A fantastic cat world to marvel at!

Animals would never be able to do things as intentionally as they are presented in the musical. But this doesn’t matter. These singing cats, these dancing and playing cats truly delight the world, they will delight you as soon as you sit down to watch the videos. You will recognize many of your own traits  – and of your own cats –  in their movement, their expression, their attitude. And you will recognize the story of mankind, the hustle, the confusion, the boldness and the cunning, the sweetness and the compassion, the suffering and the liberation. All this expressed as a metaphor in the world of the “Jellicle” cats, a name which was coined by T. S. Eliot in his book “Old Possum’s Book of Practical Cats”.

The musical CATS is another example of how cats, these wonderful animals, exemplify human culture (Read also the article by Els Vink about “Cats in Art”).

Now, give it a go and spend 2 delightful hours with delicious food for eyes and ears with CATS. The music was written by Andrew Lloyd Webber, one of the most successful composers of the last decades who has combined successfully Classical Music with modern styles of song writing.