How I learned to climb a tree – by Ella Falgren

This is a story by Ella Falgren about how she learned to climb a tree – why? You probably already guess why! Sometimes we feel like living in a circus managing our dear animals. And here is a story about a CAT CIRCUS 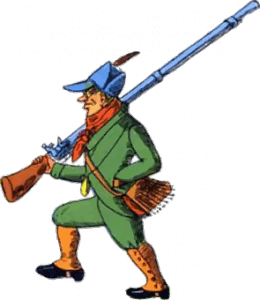 A few years ago when I lived in an English village in Devon called Huntsham I had two cats, a sister and brother. Greta Garbo and Orlando (as he was a marmalade cat). When they were about three years old Orlando disappeared and was nowhere to be found. I spent months searching for him and was obviously desperate as I was convinced that he had not left home of his own free will as he was an extremely affectionate cat. I even accused the game keeper of having shot him and fed him to his hounds. The game keeper and me did not get on as I was strongly anti-hunt. Huntsham was a place with a reputation for cats going missing and the game keeper was not a popular person, hence he was often suspected of letting his gun go off a bit at random. 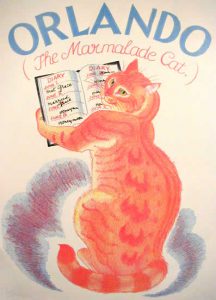 We finally stopped waiting for Orlando, and…….

After about six months I gave up searching and decided I might never see him again. Greta Garbo was settling in and stopped waiting for him to come back too and at this time a friend of mine told me his cat had had kittens and he was desperate to find a home for them. I was undecided, I was somehow still hoping that Orlando might come back but my friend kept asking and even threatened that he would have to have the kittens put down, so in the end, I agreed that I would go and see and maybe take one of them. 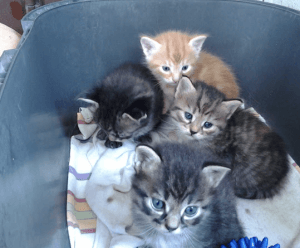 Amongst the four kittens there was a striped grey and black one which I liked and decided to take her. As I put the cat carrier down on the floor a little grey and white one quickly entered and sat down at the back of it as if to say “I’m coming too”. Said and done, I went home with two little kittens, Stina and Alicia in Terra Mirabili  or Alice in Wonderland (she is still with me, now 18).

And so the family expanded –  Greta Garbo wasn’t excited

I was pleased with the two kittens and they enjoyed each other’s company and played a lot together. Who was not pleased was Greta Garbo who became extremely jealous and each time one of them came close to her she sent them flying with the sweep of a paw. When I went to work I locked them in a bedroom, otherwise, she might well have seriously hurt them. They were actually smaller than the rabbits she used to catch.  It took a few months before she began to tolerate them but never really became close friends with any of them.

Trees are beautiful – and climbing up is FUN 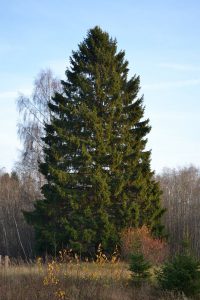 One day I was out in my beautiful garden doing some work and the three cats were keeping me company.  The garden was an old one with large, well-established trees of which one looked like this and was extremely wide as well as high.

Stina decided that climbing that large tree would be great fun and proceeded to do so. She went higher and higher. I was calling her but she just carried on. Then she went out on a small branch, looked down and realized what she had done and started panicking and asking for help. Miao, miao, miao! 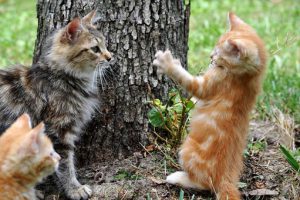 It was beginning to get dark, what do I do now? Call the fire brigade? Being a determined and independent type I decided to get up there and get her down myself. I took my shoes off, got in through the thick branches of the tree and started my ascent. About halfway up to where Stina was balancing precariously on a branch, her sister Alicia decided that this was a good game and began to follow me! So before she got up as far as Stina I went back down, got hold of Alicia and took her into the house where I looked her in and then went back again to get Stina, who was still calling for help. Eventually I get hold of her by the scruff of her neck and had to slowly make my way down, holding on with only one hand, clutching the terrified kitten with the other.

And Greta Garbo enjoyed the show

And all the while during this performance Greta Garbo was sitting in the apple tree opposite enjoying the show and no doubt hoping at least one of the annoying kittens would come to a sorry end!